The ocean is full of power and information. The Wave Glider is designed to capture both. With the latest advancements in energy harvesting and propulsion, combined with a payload and sensor architecture, the Wave Glider is a persistent mobile data-gathering platform.

The Wave Glider: The longest running autonomous system in the Digital Ocean.

Fish & Marine Mammal Monitoring
Wave Gliders can improve how you find fish, track tagged marine mammals, and assess the health of fisheries—for a fraction of the cost of ships-based methods. 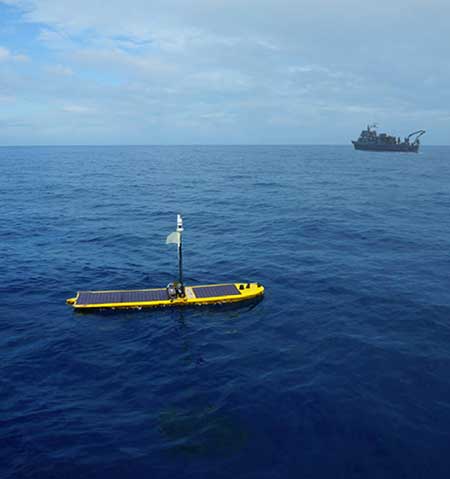 At the British Royal Navy’s Unmanned Warrior exercise, Liquid Robotics and Boeing used a network of persistent USVs to detect, report and track a live submarine.

Surface Vessel Detection
Wave Gliders are a low-cost, mobile platform for 24×7 persistent acoustic surveillance, so you can detect vessels entering or operating in a targeted area.

During a mission to patrol the waters around the Pitcairn Islands, the Wave Glider successfully intercepted and collected data on three vessels whose AIS signatures were unavailable. 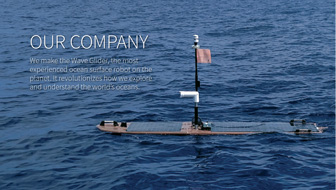 Ask ROMOR about the Wave Glider.